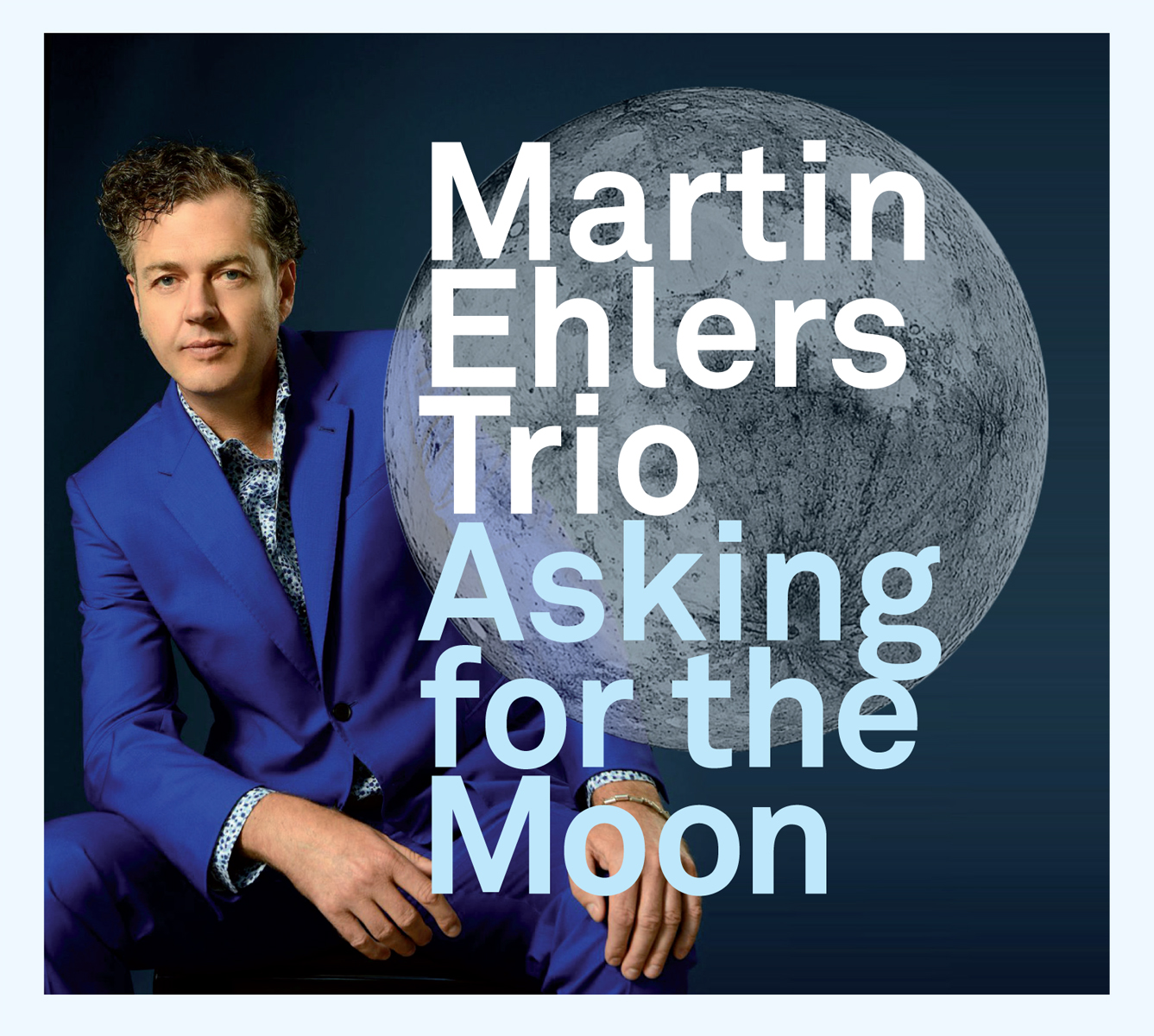 After the albums Feel the Light (2009) and Fatum (2012), also released on NRW Records, which the Martin Ehlers Trio presented with guests (Ingolf Burkhard, Herb Geller), the piano trio, which in addition to Martin Ehlers also includes bassist Thomas Biller and drummer Derek Scherzer, is once again sufficient for itself on the new recording Asking for the Moon.

Martin Ehlers, who must be counted among the most lyrical jazz pianists in the country, has developed his own instrumental style, equipped with an associative narrative art, always capable of telling great stories with wonderful melodies. Stories that will remain deeply rooted in the listener's mind.